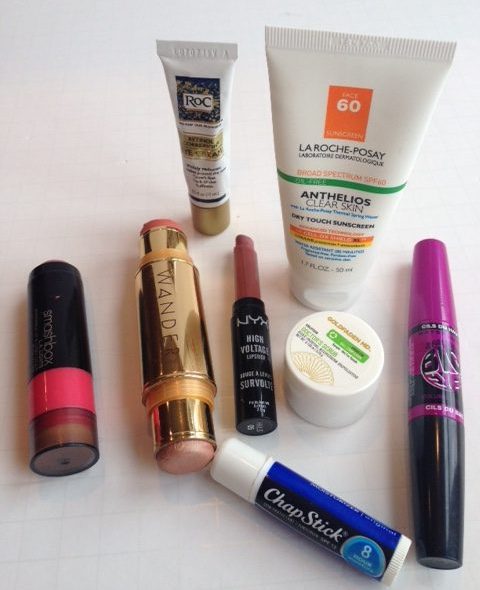 Just enough to get me through the long weekend!

The thing I was most curious about when I went to Cuba was what makeup and skin care products were available there. You know me. Well, it turns out the stuff is pretty hard to come by.

I didn’t see many women wearing makeup. The only Cuban women I noticed wearing makeup were those working in our hotel. According to a hotel employee named Yoana, to get makeup, you need to have people send it to you from places like Spain, Mexico City, and the U.S. Or if you are a maid in a hotel, guests leave some for you in their rooms as part of the tip at checkout. (We left a few things for our maid. I also gave Yoana some samples from blogger goody bags for being nice enough to answer my questions.)

Cuba operates on a cash-only economy, so if you have some sort of side (or even a main) hustle to earn the Cuban Convertible Pesos (CUCs) available to tourists, you might be able to buy whatever is available in a few smaller stores. You can read more about the currency system in Cuba here.

As for me, I MacGuyvered my way through the weekend. (See pic above.) Since luggage had a weight limit, I pared it down to La-Roche-Posay Anthelios Dry Touch Sunscreen SPF 60, Wander Beauty On-the-Glow Blush in Coral Rose, Smashbox Blendable Lip and Cheek Color in L.A. Lights, NYX High Voltage Lipstick in 05 Flutter Kiss, and Maybelline mascara.

I also brought Chapstick with SPF and ROC eye cream. At night, I used sample packets of Goddess Garden Dream Repair Cream. And after a long day of walking around and sightseeing, I got the sweat and grime off with Goldfaden MD Doctor’s Scrub. Oh, and I always had Supergoop! hand lotion SPF 40 in my bag.

I never tried La Roche-Posay before. I loved it! It contains antioxidants so its good for your skin, and it feels nice and light, like Neutrogena Dry Touch. Thanks to the La Roche-Posay, Supergoop!, a big hat, and sunglasses, I didn’t get burned.

Last year, Cat Quinn O’Neill wrote a blog post for Allure about going to a Cuban perfumery. You can read about her experience here. Pretty interesting!

Writing this post got me thinking. If you could only take 3 beauty products to a desert (or Communist) island, what would they be? Tell me all about your must-haves in the comments! 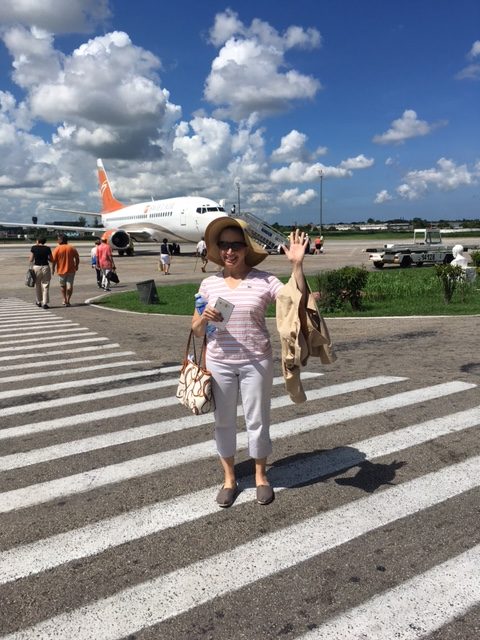 Boarding the plane to Havana

Hola! I just got back from the trip of a lifetime to Cuba. I was very nervous about going, because I didn’t know what to expect. I ended up having an absolute blast.

The best way to see Cuba is with a tour company that can take care of all the visa paperwork for you. We went with Insight Cuba, because they did such a great job with my mom and sister’s trip to Cuba last July. Mama Bear and I went under the “people-to-people” travel designation, since “tourism” is (still) not an option, as Cuba remains under Communist rule.

The tour we chose was the 4-day/3-night Weekend in Havana. Our tour guides, Graham and Pablo, did an amazing job explaining the history of the island and the story behind everything we saw. 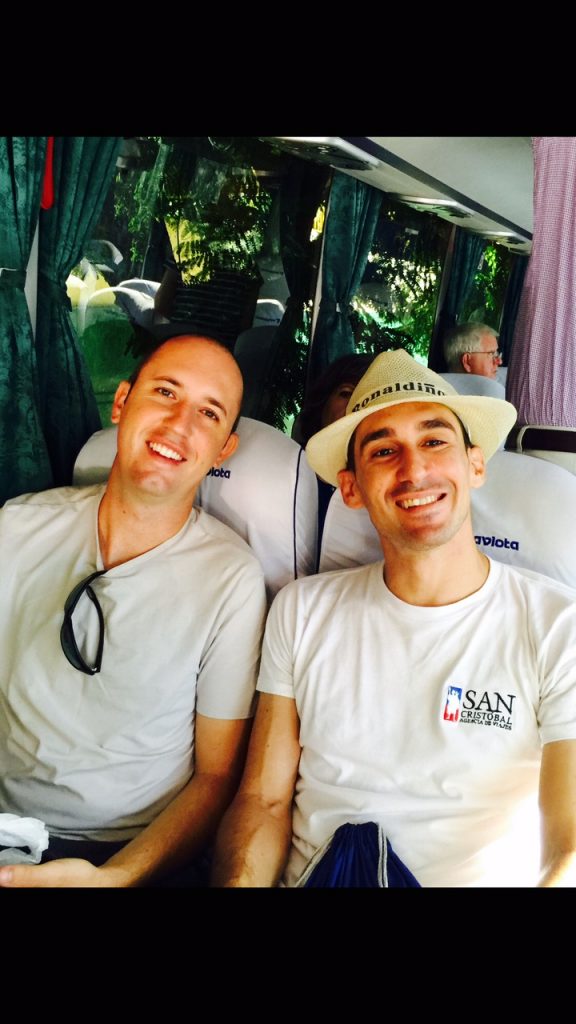 My favorite part of the trip wasn’t on our itinerary, though. Cuba is known for its classic cars. So one night my mom and I, and another member of our group, hired a driver and his 1959 Cadillac Eldorado convertible to show us the city at night.

We drove around around for almost two hours! I loved the smell of gas and motor oil, and the wind in my hair, believe it or not. It gave the experience authenticity. We saw statues and monuments that were lit up for the evening while our driver told us about them.

We also saw people hanging out on the sea wall along the oceanfront highway called the Malecon. Every evening, the locals like to spend time outdoors, weather permitting. This sea wall is a popular spot to sit around and chat.

The highlight was when we climbed to the top of an old Spanish fort, Fortelaza de San Carlos de la Cabana, (aka La Cabana). The fort overlooks the Havana harbor. Every night at 9 p.m., they fire an old cannon as part of a ceremony called canonazo, and we got to see it.

At one time, the firing of the cannon signaled the closing of Havana’s city walls, to protect citizens against attack by the British. Canonazo has since become an island tradition, complete with young men dressed in colonial uniforms and carrying torches to light the cannon.

Seeing the canonazo and watching the locals enjoying the balmy weather gave me a real taste of local flavor. The Cuban people are very warm and welcoming, and I was touched by their pride in their island and its rich history. The extent of their knowledge is impressive!

Cuba was the most ‘mysterious’ place I’ve been to, for lack of a better word. When you go to places like Europe or Canada, you pretty much know what you’re getting into. But Cuba is still unknown to most Americans, including me.

Now, I am dying to go back! Next time, I want to take the Vintage Cuba tour, which is a few days longer than Weekend in Havana. Our tour leader Graham said Vintage Cuba is his particular favorite.

I’ll be posting pics on Instagram and Instagram Stories over the next few days, so be sure to check those out. (I’ve already put up a few of my faves.) I am also going to create photo albums on Facebook, and share them on the Fabulous Forever page.

So what was your biggest travel adventure? Tell me all about it in the comments! 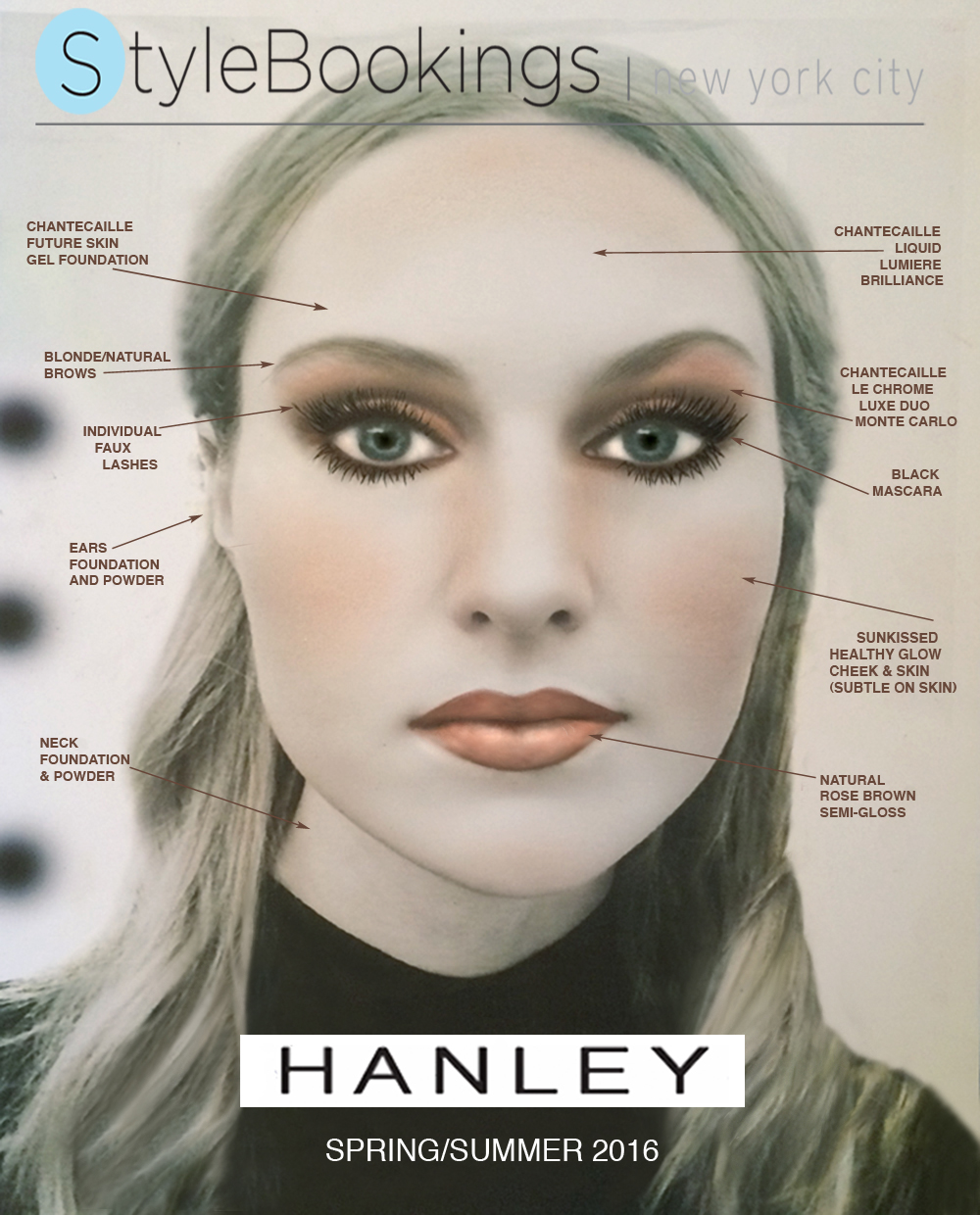 At New York Fashion Week, Hanley creative director Nicole Hanley Mellon presented a collection inspired by her travels to Cuba before it opened up. If you follow the news, you know Cuba is smokin’ hot right now. Even Pope Francis stopped in Cuba on his way to the U.S. So I asked Vincent Longo, lead makeup artist for the show, to tell me all abut the makeup look he created.

Longo, creative director of the in-home beauty company StyleBookings, said he wanted to show how a visitor would translate the way Cuban women do their makeup into a look appropriate for her. The look was very sunkissed and glowing, he told me. It was meant to be very sensual.

To give the models a healthy. bronzed glow, Longo mixed Chantecaille Liquid Lumiere highlighter in Brilliance with Chantecaille Future Skin gel foundation. “Mixing the highlighter with the foundation gives the skin a beautiful sheen,” Longo said. He also mentioned he is currently using the technique on a photo shoot and it looks great!

I am dying to visit Cuba. I also plan to try and recreate this look. Think you’ll give it a go? It should not be too hard to copy.