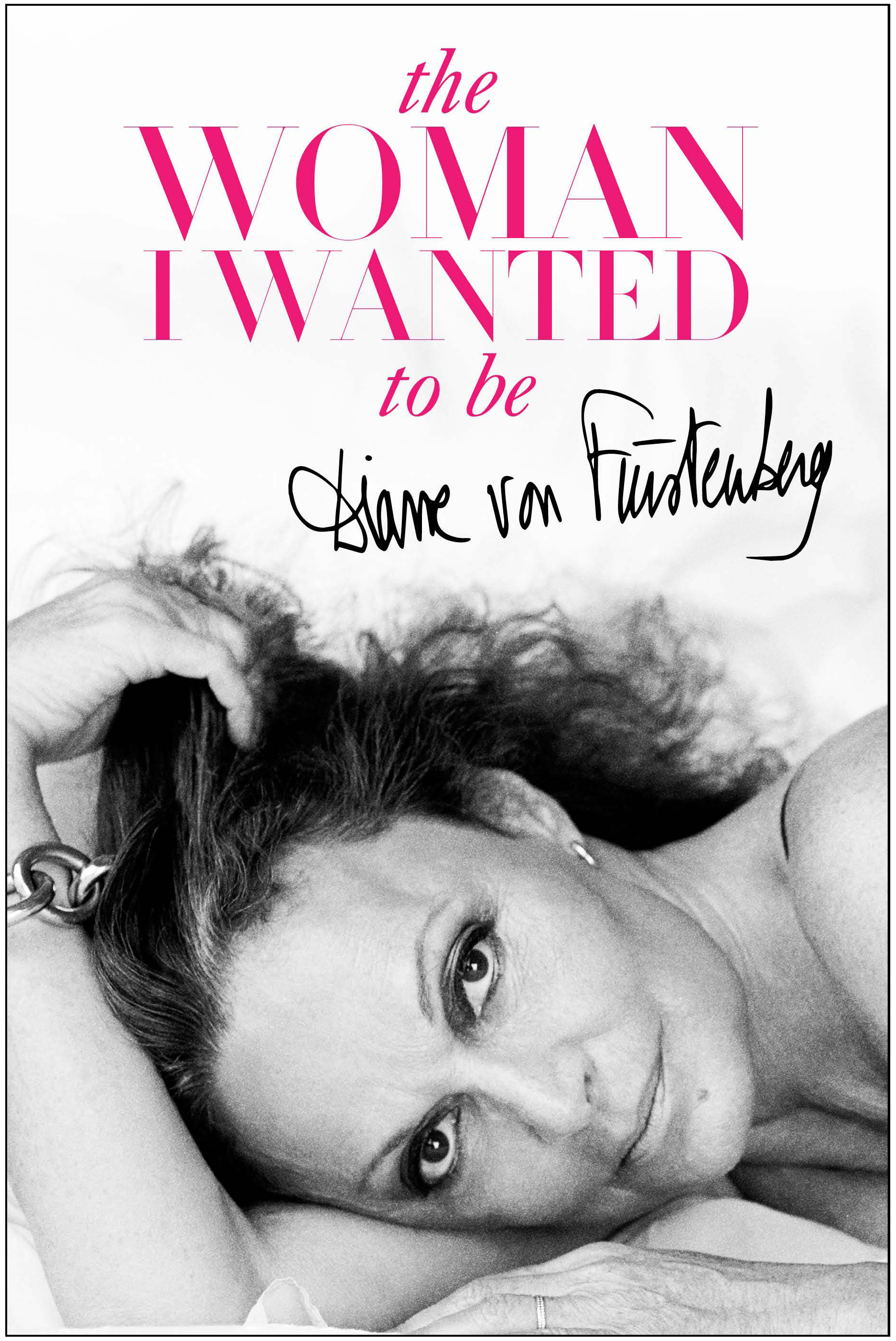 Last week, M.A.C. announced its collaboration with designer and Project Runway judge Zac Posen. And a few weeks ago, Urban Decay said it was teaming up with Gwen Stefani, while M.A.C. said the face of its 2015 holiday campaign was Mariah Carey. So when I saw this slide show about dream beauty collaborations on teenvogue.com, of all places, I decided to play along.

My number one dream collaboration would be Diane von Furstenberg and NARS.  Diane did have an eponymous makeup collection back in the day. She also loved doing her makeup, and that of other women. As she writes in her book, The Woman I Wanted to Be, “I loved sitting on the sink in my bathroom with my feet in the basin to be close to the mirror and play with my face. I loved applying the makeup on others, too.”

And Diane loves travel, particularly adventure travel, so I’d love to see what exotic location inspired the colors in the collection. Finally, considering her way with prints, Diane would definitely come up with a very cool design for the packaging.

I’ve been thinking about Donna Karan, too. She just came out with a new book, My Journey, and recently stepped down as head of Donna Karan International. Maybe now she’ll have time for a collaboration with, possibly, M.A.C.? Starting with her “seven easy pieces” in the 80s, Donna has defined how women have dressed for work. A M.A.C. x Donna Karan collaboration featuring soft, more neutral colors would take you to the office and then out to happy hour.

Now its your turn. What are your dream beauty collaborations? I can’t wait to read about them in the comments!

This is way too exciting to keep under wraps! 15 of @gwenstefani's can't-live-without shades in one eyeshadow palette. #udxgwen #gwenstefani #urbandecay 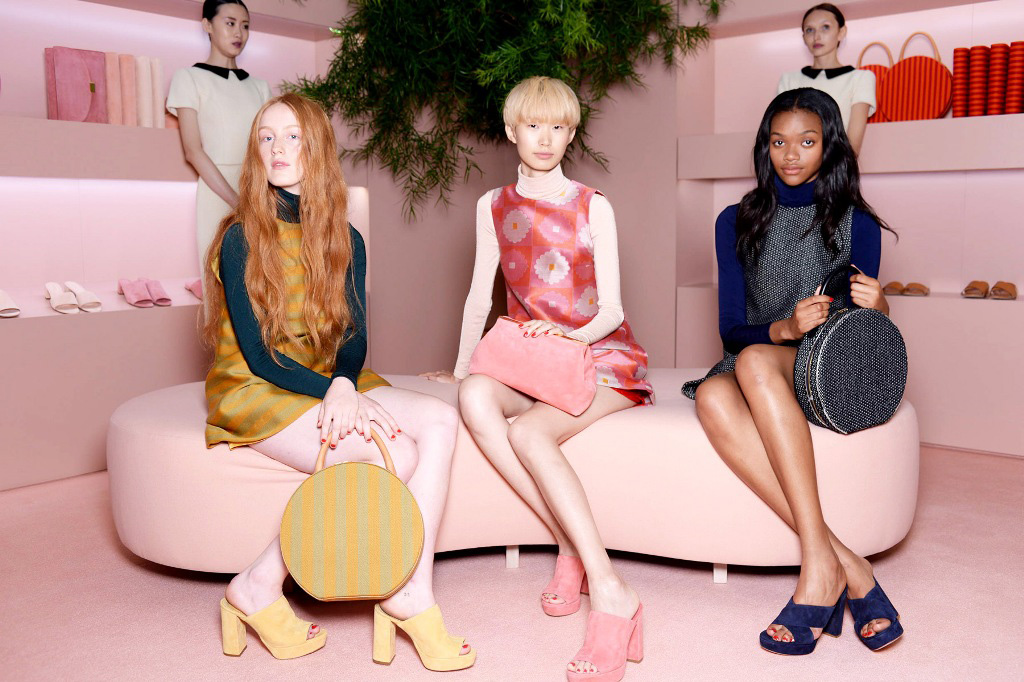 Shop girls and their clients at Mansur Gavriel SS16

Mercedes-Benz New York Fashion Week just ended. The #NYFW and #SS16 hashtags were all over social media and slideshows were posted all over the Internet. My favorite makeup looks from the runway were retro-inspired, with a nod to the 50s, 60s, and 70s. 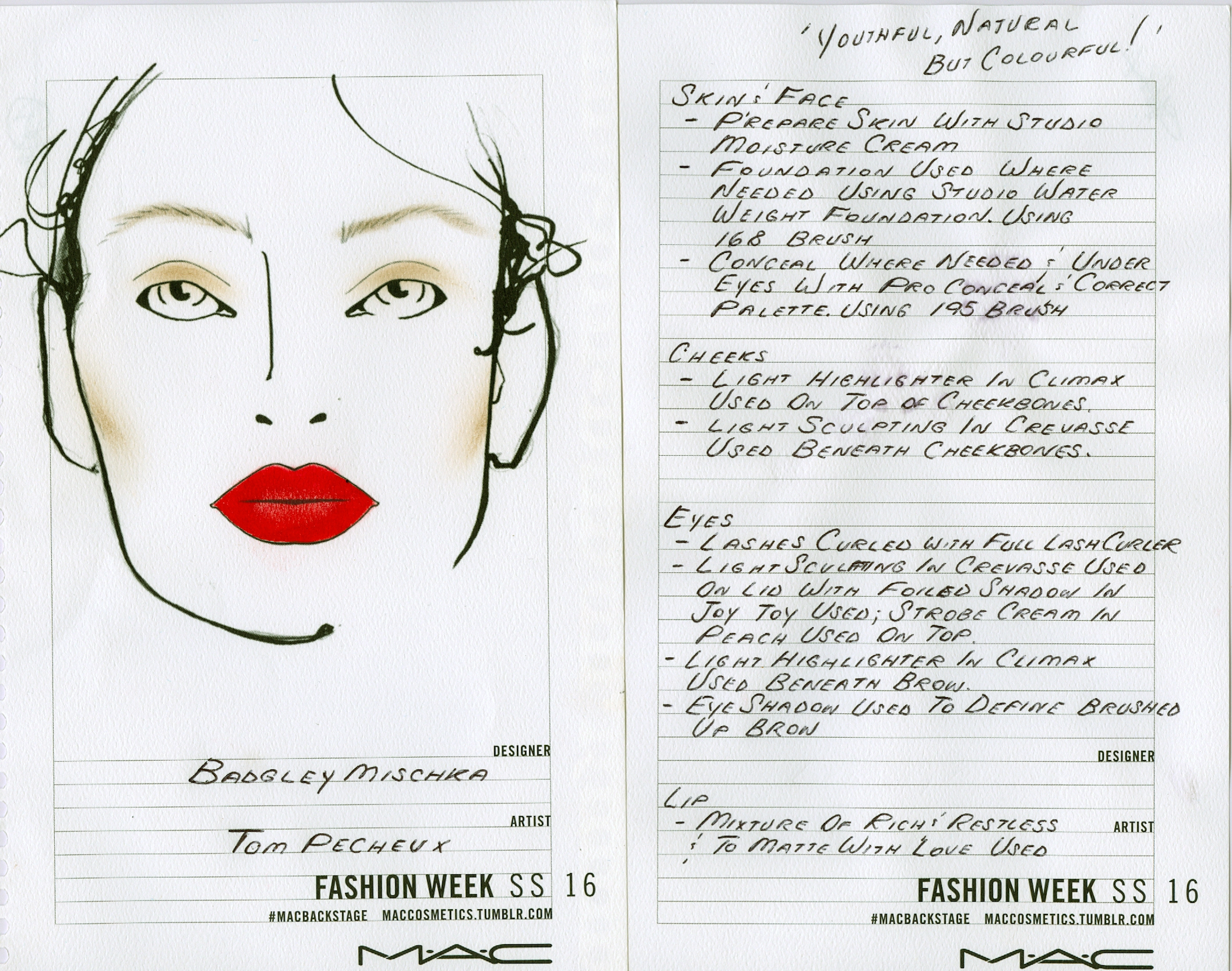 For Badgley Mischka, makeup artist Tom Pecheux created what he told WWD was a “young, but very rich look,” inspired by 50s-era socialites in Argentina. Instead of blush, Pecheux applied M.A.C. Cream Colour Base in Crevasse below the cheekbones for a sculpting effect and a cream highlighter on top of the cheekbones for a glow. He swept a pink-and-gold flecked shadow over the lids.

To create a classic red lip, Pecheux mixed Rich and Restless and To Matte With Love. I love a timeless, French It Girl red lip! M.A.C.’s Ruby Woo and Russian Red are cult faves.

NARS Director of Global Artistry James Boehmer described the Mansur Gavriel show as taking place in the accessories department of a high-end store, done in pastel hues and complete with “shop girls” and “clients.” Gavriel’s SS16 collections featured textiles from Alexander Girard, a late 50s/early 60s-era interior designer and architect. “To reference the 60s without being too literal, we did chunky ‘Twiggy’ lashes and a fresh blushed look on the clients,” Boehmer said in a press release. 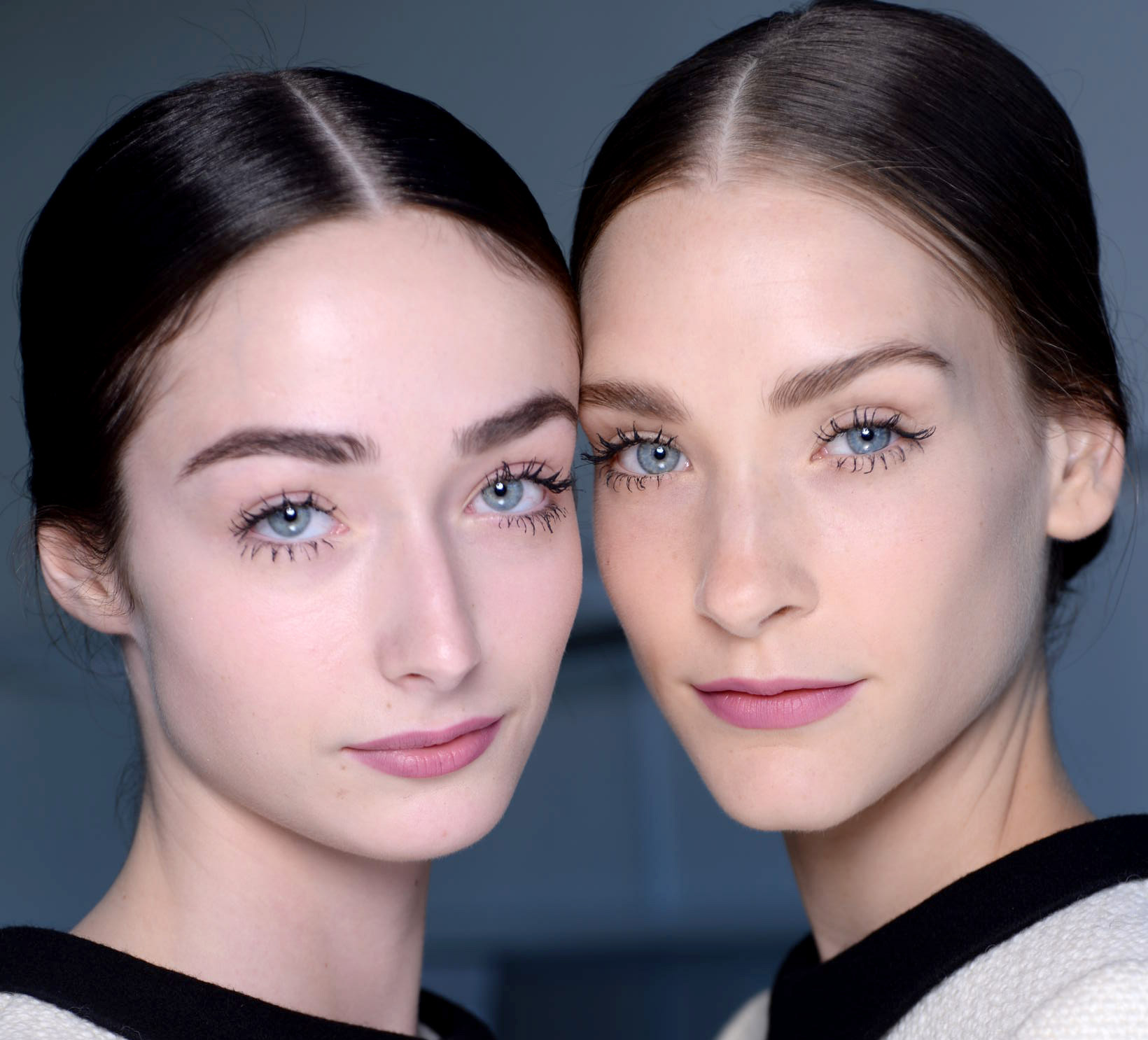 The shop girls’ makeup is so Mad Men. To create their look, Boehmer used NARS’s new Audacious mascara and Velvet Lip Liner in El Agua and Audacious lipstick in Dominque.

The look at Michael Costello SS16

For his show, Costello wanted a look inspired by 70s decadence, NARS International Lead Makeup Stylist Uzo said in a press release. The makeup was reminiscent of a pool party at Studio 54. “We loved the idea of a mod icy-pink lip paired with shimmery eyes and soft, illuminated skin,” said Uzo. On the cheeks, she used NARS Illuminator and the Multiple in Copa Cabana (Laguna Illuminator and South Beach Multiple for darker skin tones), and Dual-Intensity Blush in Craving and Jubilation.

On the eyes, she used NARS Dual-Intensity Blush in Adoration and Jubilation (Panic for darker skin tones), and Tarvos Dual-Intensity Eye Shadow. Tarvos will be available next spring, but you can use Duo Eye Shadow in Vent Glace for now.

Who doesn’t think of the 70s and the wrap dress when they think of Diane von Furstenberg? The woman is elegance with a dash of cool personified. The look at her show was inspired by a pre-Raphealite painting of the Goddess Fortuna and the first time Diane wore her hair curly for a night at Studio 54, according to WWD. Lead makeup artist Pat McGrath took her cue from a butterfly wing to create a rich, blue-green aquatic eye. A tip: McGrath wet a flat eye shadow brush with water to give the colors more intensity.

Check out the New York Times slideshow of the DVF SS16 presentation and a how-to for the eye makeup from Allure.

What were your favorite looks from the runways?

Simon & Schuster recently sent me a copy of Diane von Furstenberg’s new memoir, The Woman I Wanted to Be. Thanks guys! Diane is just cool. This is a woman who loves adventure travel, and bought herself a Fifth Avenue apartment for her 30th birthday. When I turned 30, I was 15 pounds heavier than I am now, and living in a stranger’s basement in Maryland. Fifth Avenue? Wasn’t there yet.

You can imagine that Diane has a lot to say on topics such as love, getting to know yourself, and of course, makeup. She’s a makeup junkie who was inspired by her love of cosmetics to launch her own line in the 70s and write a beauty book. Who knew?

DVF on love: “Love is about relationships, yet the most important relationship is the one you have with yourself. You carry the passport to your own happiness.”

DVF on getting to know yourself: Diane once told a graduating class of high school girls, “Become your own best friend. It is well worth it. It means you have to accept who you are, see all your faults and weaknesses. Having done that, you can correct, improve, and little by little discover the things you do like about yourself and start to design your life. There is nothing truer than discovering and accepting who you really are.”

DVF on makeup: “The makeup I was personally using and loved was the professional stage makeup sold at the Make-Up-Center, a block from my first office. The little pots of reds, lavenders, turquoises and purples were irresistible to me, and I used to buy all the colors they had. I loved sitting on the sink in my bathroom with my feet in the basin to be close to the mirror and play with my face. I loved applying the makeup on others, too.”

DVF on insecurities: “More and more I was realizing from my conversations with women how many had insecurities. By listening to their insecurities and sharing my own, we all felt stronger. The stronger I became, the stronger I wanted others to be.”

Sometimes you get over your own insecurities when you realize others have them, too.

Think you’ll check out Diane’s book? In the meantime, I’m loving this classic DVF wrap dress, which I think Michelle Obama has worn.

In today’s Fabulous links, a supplement that (may) turn back time, a beauty line that harnesses the power of plants, quirky candles for Derby Day, Christy Turlington Burns looks amazing, makeup mistakes made by women over 50, facial cleansing powders, and Diane von Furstenberg talks to Deepak Chopra.

Not sure I want a horse- or a trailer park-scented candle, but the mint julep one sounds yummy. [Glamour]

The gorgeous Christy Turlington Burns on getting older. [HuffPost Style]

Avoid these makeup mistakes, and take years off your age. You’ll hear more from Andrea, I promise. [HuffPost Style]

I have never heard of facial cleansing powders, but apparently they are all the rage. If anyone tries one, let me know what you think. [Allure]