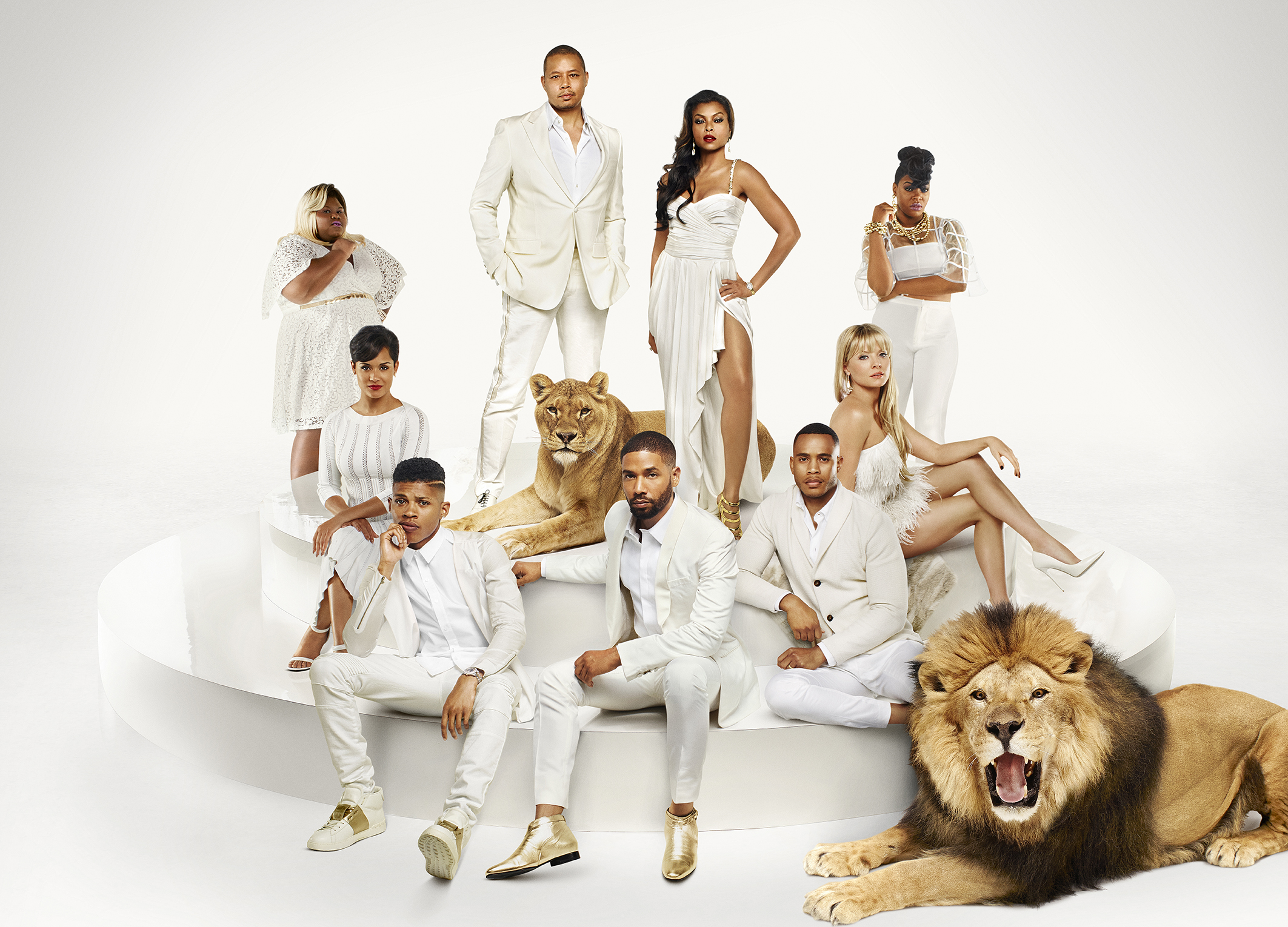 I recently chatted on the phone with Beverly Jo Pryor, head of the makeup department for Empire. She graciously gave me a behind-the-scenes peek into the Empire makeup trailer.

Maybe we could start by talking about the guys on the show. How do you come up with their look?

For the guys, the first thing we do is make sure their face is clean. And we use a variety of products, including Dermalogica and rosewater: it depends on each actor. And we give them a hot towel in the morning before we start applying their makeup.

Lee Daniels, the creator of Empire, likes everyone to be very natural looking. So the only thing that we do besides moisturizer would be to cover up any flaws. We just make sure they are not overly shiny. And the barber grooms their hair and their beard. So they are pretty low maintenance.

Terrence Howard likes rosewater. So I usually put rosewater on all of the towels and put them in the heat warmer. It is Terrence’s favorite, but we do it for everybody now.

The men are sporting a little more facial hair this season.

Yes they are! When they came back for the season, Trai Byers (Andre) and Jussie Smollett (Jamal) had facial hair. And Lee Daniels said it was fine, so we continued it. They wanted to their characters to have a different look.

What about Anika (Grace Gealey)? In the first season she had a retro cat eye and a matte lip, and some of her lip colors were pretty bold.

She has always had a classic look. She pretty much stays the same. You may see her evolve into something a little different, but that is basically what her look is.

Her look has become a little edgier. And we use a lot more color on her eyes.

Why did you decide to switch up her look?

You need to go along with the wardrobe and the hair. So the wardrobe changed, and with it, the hair and makeup.

Cookie is not wearing as many animal prints this season.

So far that is true. She is not wearing as many prints this year. The rest is something for everyone to look forward to watching as the season unfolds. I don’t want to give it away!

At the beginning of the show, Cookie got out of prison. Do you think her look is changing because she is becoming more confident and more aware of current trends?

Yes! When she got out of prison, she looked as she did when she went to prison 17 years earlier. And over the course of the first season, you saw her evolve a little more.

Do the actors and actresses have any input into their look?

Of course! Lee Daniels is the first person I communicate with, because I want to give him what he wants. Along with that, and along with the story line, you want the actor and actress to have input because they are the ones in front of the camera. So you need to go in the middle.

I may have my suggestions once in a while, but I won’t veer away from Lee wants. I want to make sure he’s happy. But I also want to keep the actors happy. They need to feel good and look good when they come out of the makeup trailer, and we are the ones to set that tone.

Have you been able to introduce any of the cast members to any products that you like?

We are in the second season, so we may have a few new products, because new products are always coming out, but we need to find out what works for them in terms of their skin, and stick with that.

It is also a matter of taking care of their skin. The women are a little better than the men. They will go home and do their regimen. We have hot towels for the guys and other things they can use to clean their faces.

The actors and actresses may request certain products or looks, and we try to accommodate them. Each has the little arsenal of products that they like. So you have to combine what you like with what they like. Sometimes you can introduce them to something they fall in love with and sometimes they are not that particular. And you also experiment.

Can you give examples of where you have introduced say, Grace Gealey or Taraji P. Henson to a product they loved?

You might introduce them to a color of lipstick they have never worn before. That’s a major thing, a lipstick color. Generally, the foundation stays the same. If its not broke, you don’t try to fix it. If something works for them, as long as it looks good, you stick with that.

Empire airs on Fox tonight at 9 pm ET/PT. And do yourself a favor tomorrow. Check out Price Peterson‘s photo recap of the episode on Yahoo! TV.  Price’s Empire recaps are hilarious!