I mentioned in a previous post that I was in Las Vegas for the Aesthetic Show, a trade show for medi spas, derms, and plastic surgeons.

At The Aesthetic Show in Las Vegas.

While I was there, I saw a cool 3D flyer about Neotensil, a new solution for under eye bags. The name Neotensil is an acronym for (Neo) new, (T) transforming, (E) elastic, (N) non-invasive, (S) supportive, (I) invisible and immediate (L) layer. The product is sold as a kit containing a 7-week supply (recommended price about $500). 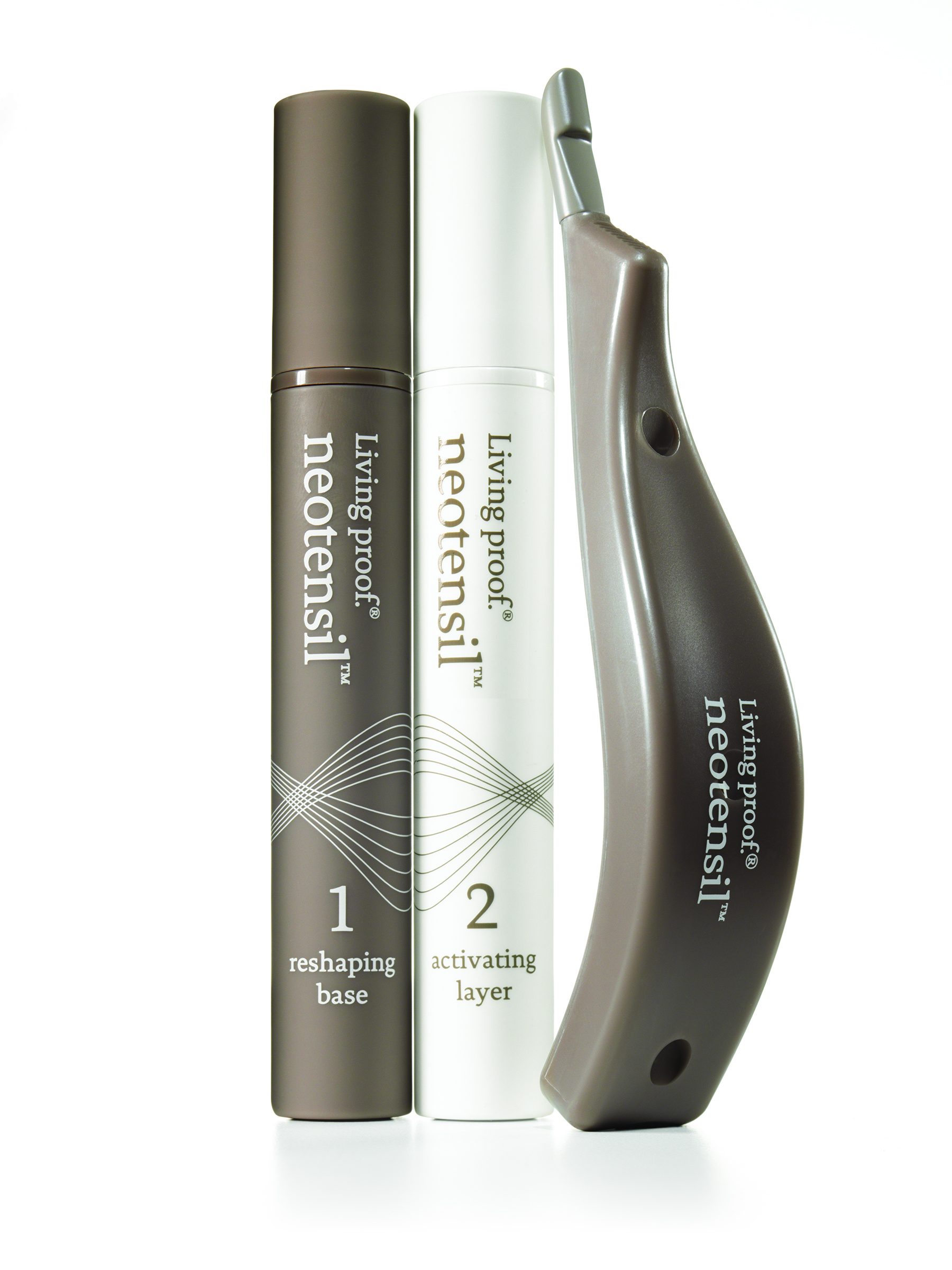 Neotensil is only available through doctor’s offices. A spokeswoman for the company told me via e-mail it is important that patients are diagnosed with “eye bags,” and not just under eye puffiness, so they get the most benefits from using the product. After an initial diagnosis, people can just go back to doctor and replenish their kit, and don’t necessarily need an appointment.

The science behind Neotensil is pretty interesting. Using a trademarked technology called Strateris, the two-step application process forms a breathable film that acts as what the company calls “invisible shapewear” to reduce the appearance of under eye bags.

You prep your skin with special pads before applying Neotensil, and then use a tool to apply the Reshaping Base followed by the Activating Layer. You use a special remover and pads to remove the invisible film. According to the company, the product can be worn for up to 16 hours, and provides hydration for up to 24 hours. An article in Plastic Surgery Practice, posted to the Neotensil web site, says the effects are visible within 1 to 3 hours,  but are not permanent, although some improvement may be cumulative.