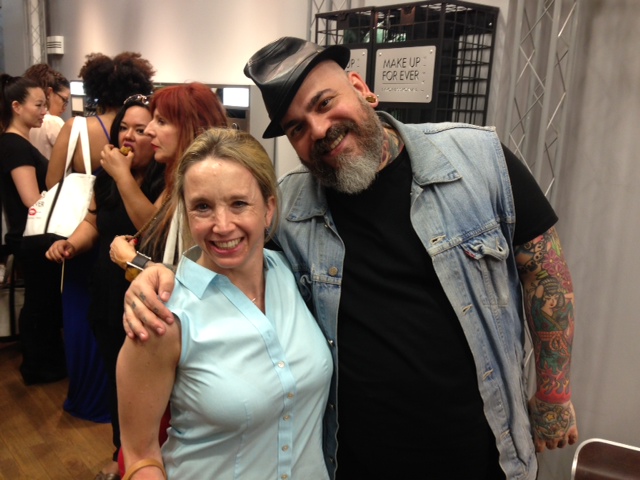 With James at the beauty tour after party.

Two weeks ago, I got to do the coolest thing: I took a “beauty tour” of New York City with James Vincent, director of education and artist relations for The Makeup Show.* To celebrate the 10th anniversary of The Makeup Show, James led myself and a group of makeup artists on a tour of his favorite places to buy makeup in New York City. James is a ton of fun, and probably knows more about NYC then Woody Allen and Rudy Giuliani combined.

Our first stop was Matesse NYC on 9th Avenue, between 18th and 19th Streets. Matesse was launched by the founder of Ricky’s NYC, a beauty junkie staple here in NYC. 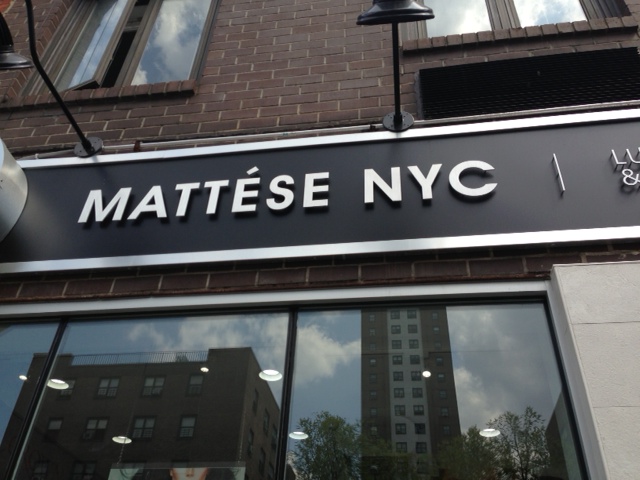 Matesse sells many prestige hair care brands such as Pureology and Alterna. The store also carries makeup and nail polish. While there, I noticed Alterna makes a blonde-brightening shampoo. Hmmm… Further investigation and a product review are necessary.

Our next stop was Inglot Cosmetics in Chelsea Market. This bright loft space has a very sleek, modern feel. Inglot is a Polish brand I’d heard of before, but never tried. They did the makeup for a lot of Broadway shoes, including Mamma Mia!

I bought two lipsticks at Inglot. So far, I’ve worn one of them, a soft coral perfect for summer. One of my pet peeves is when your lipstick dries out your lips, and actually makes them look worse than before you applied it. This color, 102, didn’t make my lips looked cracked and flaky, and had pretty impressive staying power. I liked the color payoff, too. It wasn’t too bright, but just subtle enough.

Baked by Melissa kept the party going at Inglot with yummy cupcakes. 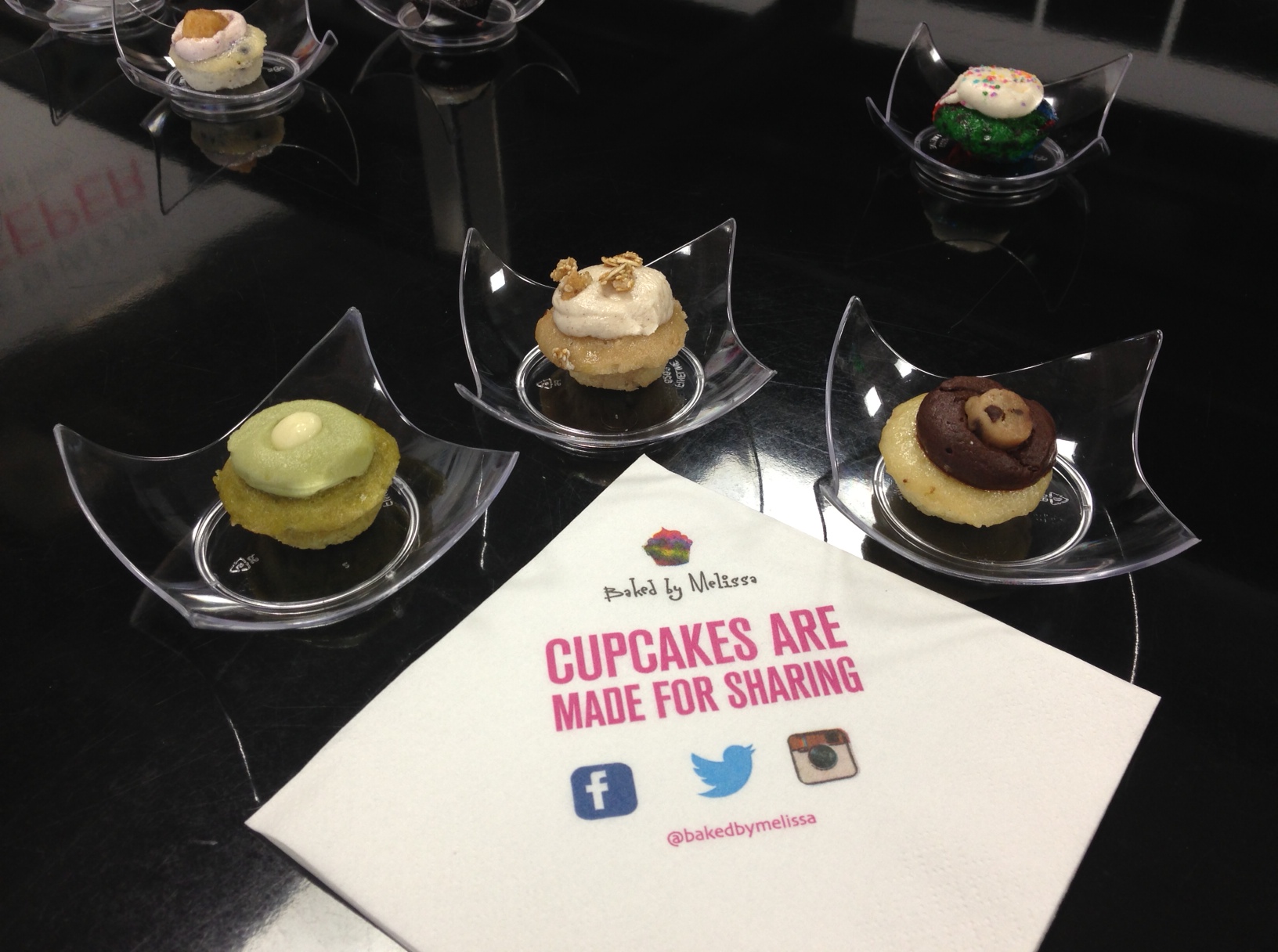 Cupcakes by Baked by Melissa

From Chelsea Market, we moved on to Sephora in the Meatpacking District. James told us this particular Sephora is located across the street from the building that was used as the exterior of Samantha’s apartment on Sex and the City.

Unfortunately, I ran into a bit of trouble at Sephora. I bought Bumble and Bumble Surf Spray, St Tropez Anti-Aging Self Tanner, and Alterna Caviar CC Cream, which I’ve been dying to try forever. Oops.

Then we boarded a bus, and on the way to Obsessive-Compulsive Cosmetics on Ludlow Street, James pointed out his favorite haunts on the Lower East Side and around the East Village. I love the exposed brick in the OCC store. It gives the place a hip, downtown vibe.

Obsessive-Compulsive’s Lip Tars have a cult following. And the brand is known for being 100 percent vegan and cruelty free. Everyone got a nail polish to take home. I picked a peachy pink called Grandma.

Now it was time for the grand finale. We went to Makeup Forever on 12th Street and got to meet the brand’s founder, Dany Sanz. What got my attention here were the gorgeous makeup brushes. The picture below does them an injustice. The fibers are really soft to pick up and evenly distribute product, and the wooden handles are so sturdy, they feel almost hand carved. If you are in the market for makeup brushes, don’t miss these! 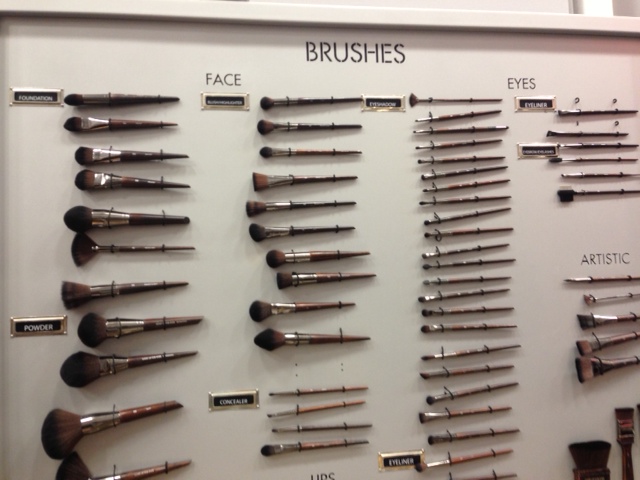 The evening ended too soon with an after party and snacks. Although this year marked the first time the tour was offered, it sold out very quickly. People actually stayed in town after The Makeup Show was over or came from out of the country for the event. James was talking about having it again next year. I’ll be first in line!

Where do you usually shop for makeup? And if you’ve tried any of the products I’ve mentioned here, let me know your thoughts in the comments. Reviews of Alterna, Bumble and Bumble, and the St. Tropez self tanner to come!