2016. What a garbage fire. And that was before Donald Trump was elected. I can’t remember an election getting that nasty. As the country prepares for Trump’s inauguration, the outrage and pushback continues. Women around the country are planning marches and the Rockettes are reportedly not thrilled about being asked to perform.

The New York Times reported that more than 80 percent of voters in New York City did not vote for Trump. In the days after the election, people in Hoboken and New York City were walking around like it was the Zombie Apocalypse. They were in a state of disbelief.

Performance artist Matthew Chavez, aka Levee, came up with a creative way to let people express their feelings over the particularly bitter election: he sat at a table in a NYC subway station with Post-It notes and some pens, and let people jot down their thoughts and stick them on the wall. “I wanted to give people the opportunity to express something without talking about it,” Chavez told The New York Times.

I saw these notes when I went to the city, so I snapped a few pictures on my phone. These were taken at the Union Square subway station. 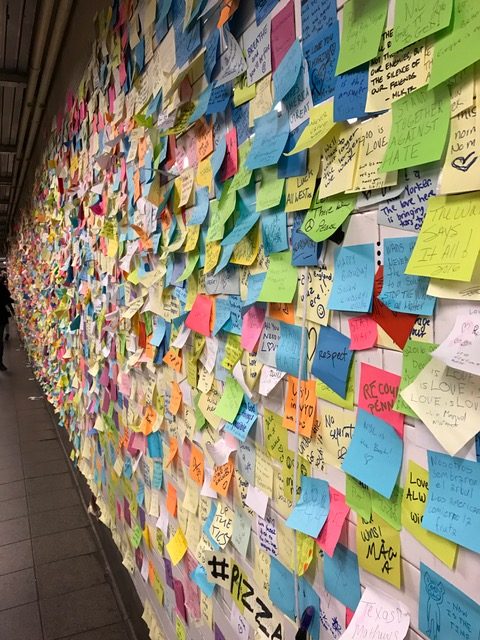 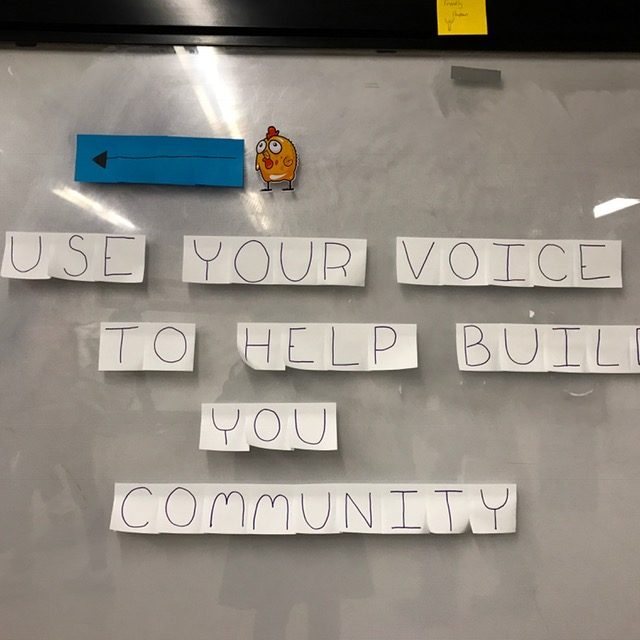 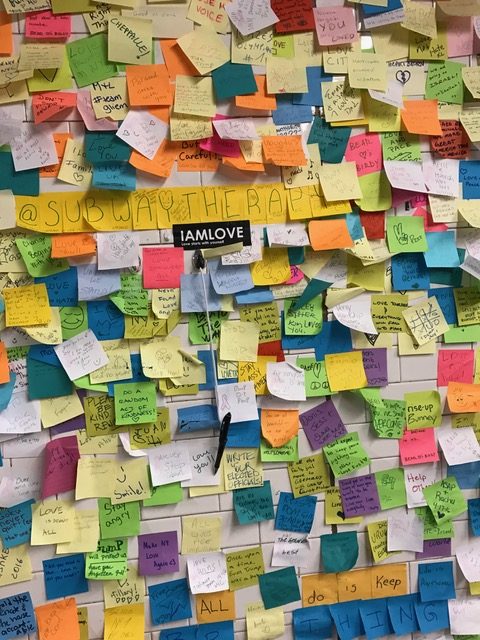 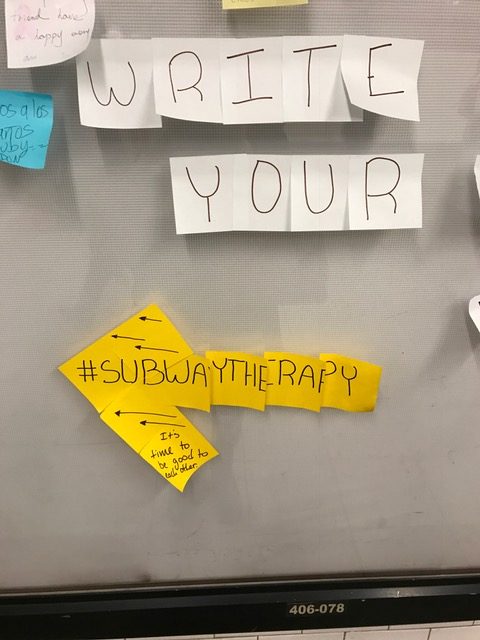 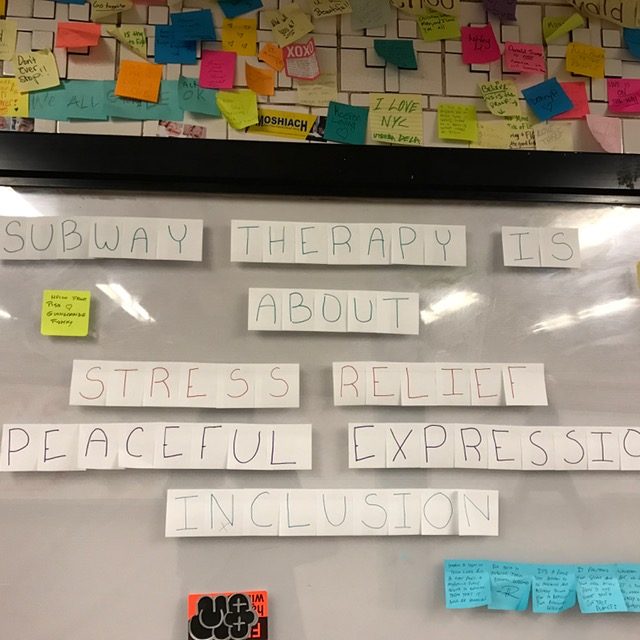 Unfortunately, I couldn’t get much closer to the wall, because everyone was taking pictures with their phones.

I was in shock over the election results myself. I was definitely with her. I tried to pull it together for a job interview, and wound up being late because I was so freaked out. (The rain that day didn’t help.) For the rest of the week, I tried to get as much work as possible done while listening to Kate McKinnon sing “Hallelujah” on repeat.

Finally, I couldn’t take the stress any more. I said to myself, “Enough. Like it or not, Trump won.” If we come together, we can show the Trump administration the kind of nation we want to be. The kind of nation we really are. A nation founded on the principles of freedom of choice and freedom from persecution. If I had posted a sticky note, I would have written, “Unity. Tolerance. Understanding.”

Chavez’ Post-It project became such an important outlet for expression, the New York Historical Society is working with the Metropolitan Transportation Authority to preserve the notes. New York Governor Andrew Cuomo even left a Post-It saying, in part, “New York State holds the torch high!” Cuomo also quoted the Emma Lazarus poem on the Statue of Liberty, “Give me your tired, your poor, your huddled masses yearning to be free…I lift my lamp beside the golden door.”

Through January 20, Inauguration Day, you can go to the New York Historical Society and see about 5,000 of the notes, and leave one of your own.

Tell me. What would your Post-It note say?